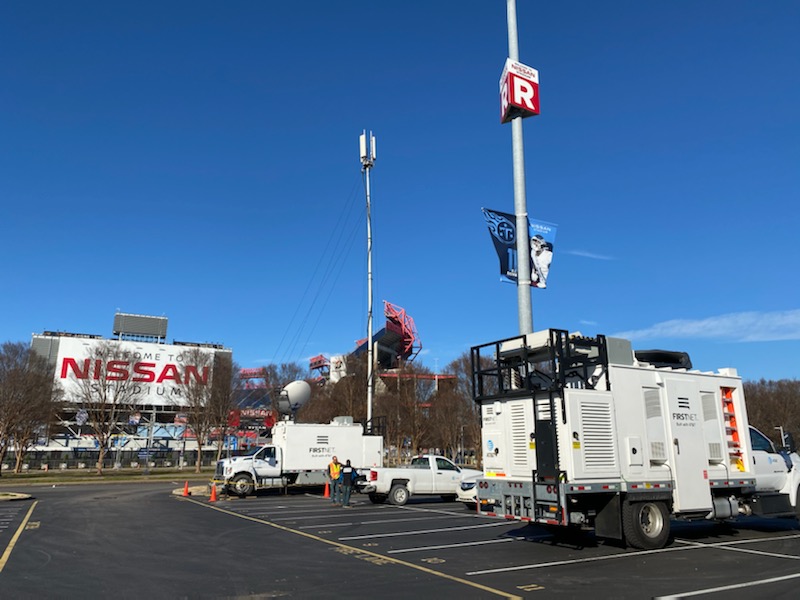 A bomber blasted an AT&T building in Nashville on Christmas Day, and officials are investigating whether he was motivated by a paranoia of 5G, according to The Guardian.

The bomber was identified as Anthony Warner, 63, an information technology employee at a real estate company in Nashville. The bomb was located in a camper van owned by Warner. Three people were injured in the explosion, and Warner died in what appears to be a suicide plan.

The explosion took place outside a facility owned by AT&T on 2nd Avenue in Nashville. It knocked out mobile phone services in the area and damaged several buildings in the historic neighborhood.

The Wireless industry is an ever-changing world where big ideas come along daily. Our subscribers rely on FierceWireless as their must-read source for the latest news, analysis and data on this increasingly competitive marketplace. Sign up today to get wireless news and updates delivered to your inbox and read on the go.

The AT&T building suffered significant damage in the blast. It is a facility that includes connection points for regional internet services as well as local wireless, internet and video.

“In the hours that followed the explosion, our local service remained intact through temporary battery power,” said AT&T CEO Jeff McElfresh, in a statement. “Unfortunately, a combination of the explosion and resulting water and fire damage took out a number of backup power generators intended to provide power to the batteries. That led to service disruptions across parts of Tennessee, Kentucky and Alabama.”

McElfresh said the network restoration effort was even more difficult because it happened “while maintaining the integrity of an active crime scene in cooperation with federal and local law enforcement.”

AT&T said today that the majority of its network services have now been restored in Nashville. The company sent 23 of its disaster recovery support trailers and deployed 25 temporary cell towers to help with the situation.

AT&T’s FirstNet has a fleet of 76 “deployables” to provide emergency internet service. This fleet includes everything from ground-based Cells on Wheels, heavy-duty satellite cells on light trucks and a blimp.

“We still have 11 portable cell sites running in the region to support customers and first responders,” AT&T said in a statement today.

As of late Sunday evening, AT&T had restored adequate power to most floors of its building.

“I am proud to work with so many dedicated individuals who left their family holiday celebrations and willingly answered the call to work non-stop over the last few days to restore service under some extremely challenging conditions,” said McElfresh.

Conspiracy theory groups such as QAnon have, during 2020, been making various unproven claims about 5G, including that it causes cancer, helps spread the coronavirus and can be used as a spying tool for the deep state.

In the U.K., conspiracy believers have destroyed dozens of cell towers this year

The U.K. regulatory agency Ofcom published a Connected Nations report this month, estimating that attacks on cell towers by protesters had resulted in 170,000 hours of downtime.

In Tennessee, John Cooper, the mayor of Nashville, has been working with law enforcement agencies to investigate the Christmas bombing. “To all of us locally, it feels like there has to be some connection with the AT&T facility and the site of the bombing,” Cooper said on CBS’ Face the Nation. “That’s just local insight, because it’s got to have something to do with the infrastructure.”

Ericsson looks to blend in with new 5G radios for streetscapes