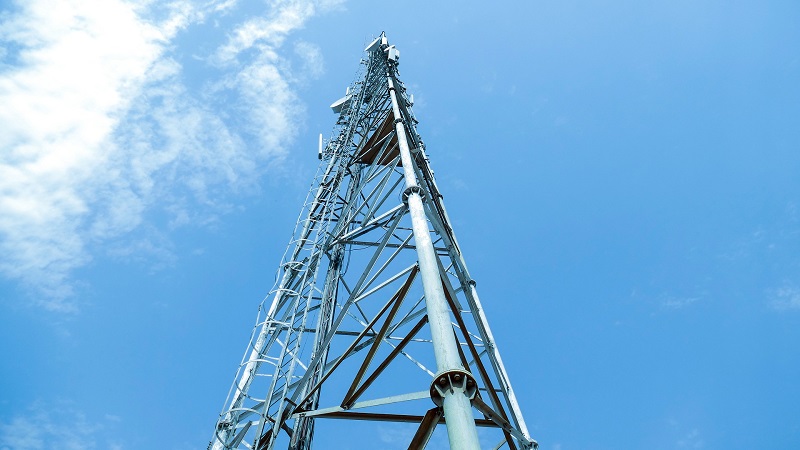 There’s so much activity going on with the deployment of 5G in the U.S. that Crown Castle now expects 11% growth in adjusted funds from operations (AFFO) per share for the full-year 2021, which is above its long-term annual target of 7% to 8%.

Even though it’s ticker symbol is CCI – Crown Castle International – one of the company’s core principals is to remain U.S. only, Crown Castle CEO Jay Brown said during Thursday’s quarterly conference call with analysts. “We believe it represents the best market for wireless infrastructure ownership since it has the most attractive growth profile and the lowest risk,” he said in prepared remarks.

The demand for its shared infrastructure offering across towers, small cells and fiber is tied to the demand for mobile data in the U.S., which continues to increase by more than 30% annually. Because the outlook is so compelling, the U.S. wireless market continues to attract a disproportionate amount of international capital investment, likely due in part, he said, to wireless data growth in the U.S. repeatedly outperforming expectations.

Brown said he remembers fielding questions from investors and analysts nearly a decade ago who asked why Crown wasn’t expanding to less established international markets. The theme underpinning that line of questioning included a view that it was inevitable that U.S. growth rates would slow and that investing in international markets would (hopefully) lead to the same kind of fundamentals that made the U.S. so successful.

“We didn’t buy into that argument at the time, and sitting here today, on the doorsteps of 5G, we reach a similar conclusion that the U.S. is still among the highest growth markets for wireless infrastructure,” he said.

It appears to be the right strategy for Crown Castle, which, according to Brown, expects to once again deliver the highest tower revenue growth rate among its public tower peers in 2021.

Revenue on small cells was flat in the first quarter of 2021, but the company expects small cell revenue growth year-over-year will be in the 15% range.

Management also noted that the master lease agreement (MLA) with Verizon extended Verizon’s remaining lease terms from four to 10 years, and it contained pricing and parameters for Verizon to deploy equipment on sites “over the next several years,” noted New Street Research analyst Spencer Kurn in a research note for investors.

“In general, CCI is seeing a significant increase in activity levels as carriers upgrade their networks to 5G, which bodes well for all of the US Towers,” he wrote. “There is a sense of urgency from the carriers to deploy 5G, which has driven an increase to mgmt.’s guidance for network services and higher labor costs to process elevated leasing applications. Mgmt. said they had good visibility into rising activity levels when they gave initial 2021 guidance in October of 2020; however, we suspect that there may be upside to organic leasing revenue growth as the year progresses.”

Crown Castle’s somewhat more urban tower tilt puts it in a good position to capture the work that the U.S. carriers are doing because the carriers will initially target more densely populated areas, wrote MoffettNathanson’s Nick Del Deo in an April 21 report.

“And its MLA with Dish Network, which involves significant fixed commitments, guarantees significant tower revenue in the coming years,” he said. “Crown Castle posted solid Q1 results, likely helped by T-Mobile, since C-band and Dish Network won’t ramp until later in the year. Still, this bodes well for growth in coming periods, and for results at its peers.”

SBA Communications will discuss its first-quarter earnings at 5 p.m. Eastern time Monday April 26, while American Tower is set to report on Thursday, April 29.