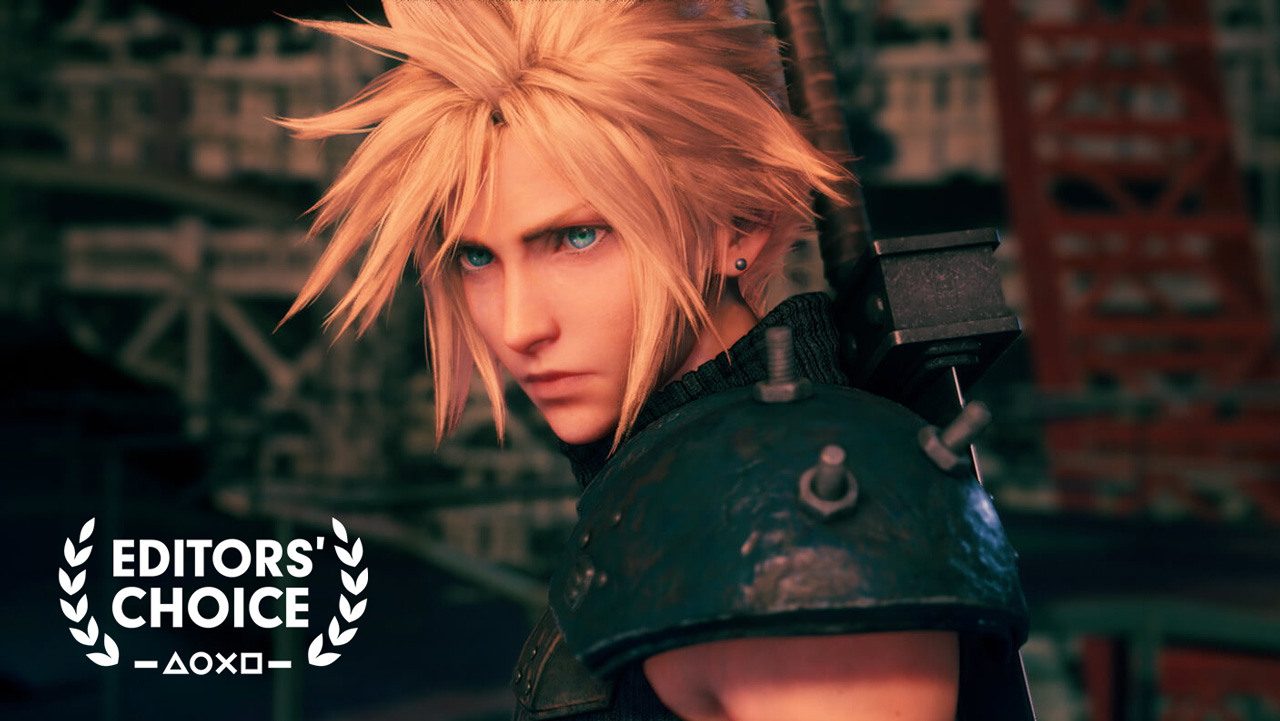 Final Fantasy VII is an important game. Not only to the millions of gamers whose lives it has touched over the past two decades, but to Square Enix as well — FF7 is far and away the most recognizable game developed by the JRPG powerhouse.

So the idea of going back to square one and retelling this timeless story with a completely new game built for modern hardware seems like an impossible task. The tech of the 1997 original may be dated at this point, but the feelings we all have for our first visit to Midgar have only strengthened as we’ve grown older. How do you rekindle that love? How do you recreate Final Fantasy VII without disappointing — or enraging — one of the most passionate fanbases in gaming?

Many of the cinematic shots in Remake will pluck at the heartstrings of those who played the original game, while still evoking a sense of magic and wonder for new players.

Final Fantasy VII Remake, against all odds, achieves this and more.

The act of playing Final Fantasy VII Remake is a fascinating experience. This is not a slavish, blow-by-blow recreation of the original game with a new coat of paint. Instead, it feels like Square Enix used the original as a framework and asked “What kind of game would Final Fantasy VII be if it were made today?”

That isn’t to say this grand, ambitious revisit doesn’t tug at my ever-nostalgic heartstrings — it manages to find just the right balance between old and new, impressively evoking its legendary pedigree while simultaneously surprising die-hard fans by sprinkling in clever twists and entirely new sequences. A special shout out to the vocal performances on display, too: Characters are cast perfectly, somehow sounding just like I imagined they would during my very first playthrough of the 1997 classic.

Fan-favorite side characters like Shinra’s Turks are impeccably realized, supported by pitch-perfect performances that highlight their distinct personalities.

The music in Remake is a high point (I, uh… may or may not have already pre-ordered the 7-disc soundtrack). These are not just orchestrated versions of the songs we know, but ground-up rebuilds from their very foundations, honoring what made the original compositions legendary but taking confident — and wholly earned — liberties with them. This one’s gonna be in my daily rotation for a while.

And the cutscenes! In the JRPGs of the 32-bit era — Final Fantasy VII included — cutscenes always felt like a reward for conquering a section of the game. I was constantly waiting to see what graphical marvels the next pre-rendered scene had in store. Technology has improved to the point that the lines between gameplay and cutscene are dramatically less clear, but Remake still has plenty of bombastic action sequences up its sleeve. More importantly, the cutscenes in Remake evoke the same direction and quirky energy of the original, often drawing a clear line in my mind between the two and reinforcing that this is, indeed, still Final Fantasy VII.

Final Fantasy VII Remake embraces the quirkiness of the original game, especially when it comes to some of the more… outlandish Summons you can invoke during battle.

In battle, characters have unique, wholly distinct abilities and fighting styles, all of which are built around the character’s personality and how that character would, you know, actually fight. Tifa’s setup is most intriguing to me: her kinetic, lightning-fast flurries of punches and kicks weave effectively with her more powerful command attacks, making for a playstyle that should be interesting to see at higher levels of play, once players start to truly wrap their heads around the potential of Remake’s combat system. An honorable mention goes to Aerith, though: as you hold Square, she twirls her staff with a carefree grace, deftly lobbing long-range magical attacks from a safe distance.

Trying to sum up this grand, ambitious, almost impossible project is exceptionally difficult. The word that keeps coming to mind when I try to describe Final Fantasy VII Remake to people is “spectacular.” But I don’t just mean spectacular as in “really good” — I mean it in the literal sense. This game is a spectacle on multiple levels.

Aerith’s magical prowess earned her a permanent spot in my party by the end of the game. Combining her devastating spells with Cloud’s unrelenting physical attacks can make short work of most enemies if you know how to exploit their weaknesses.

Final Fantasy VII is a rare entry in the pantheon of all-time gaming greats that truly deserved to be remade so a new generation of players could experience this timeless tale, and so those of us who grew up bathed in the light of the lifestream could experience that magic once more. Final Fantasy VII Remake stands proudly alongside its forebear, ready to inherit its legacy and keep its flame burning bright.

Take a tour of Nioh 2’s latest expansion, Darkness in the Capital, out today