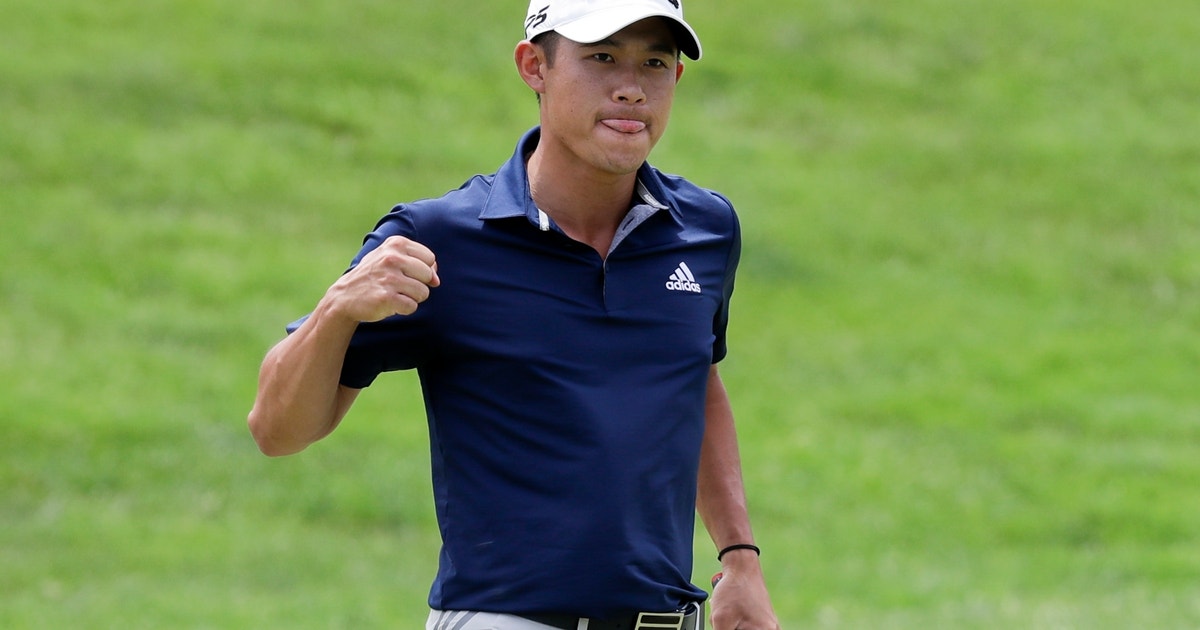 DUBLIN, Ohio (AP) — Collin Morikawa never looked like a winner at the Workday Charity Open until he tapped in for par on the third playoff hole, capping off a wild finish Sunday at Muirfield Village.

Morikawa trailed Justin Thomas by three shots with three holes to play and managed to get into a playoff with a 6-under 66. Then, after watching Thomas hole a 50-foot birdie putt on the first extra hole, he had to make a 25-footer just to stay alive. He could only watch as Thomas had a 10-footer to win on the 18th on the second playoff hole.

It finally ended on No. 10 when Thomas had to lay up from behind a tree and made bogey, and Morikawa took two putts from just inside 10 feet for his second career victory, and first against a strong PGA Tour field. His other victory was the Barracuda Championship last year, the same week as a World Golf Championship.

“It was crazy,” Morikawa said.

It was a shocker for Thomas, too. He lost a two-shot lead at the start in three holes. He ran off four straight birdies and had 10 consecutive one-putts to build a three-shot lead through 15 holes. But he bogeyed two of his last three holes for a 69. They finished at 19-under 269.

Viktor Hovland of Norway had a 71 and finished alone in third. He was in the final group of three young stars, all of whom had the lead at some point during the final round.

ATZENBRUGG, Austria (AP) — Carrying his own bag, Marc Warren closed with a 2-under 70 for a one-shot victory in the Austrian Open, the first European Tour event since the coronavirus pandemic shut down the tour in March.

It was the fourth European Tour victory and first since 2014 for the 39-year-old Scot, who finished at 13-under 275 at Diamond Country Club.

Warren had slumped badly in recent years and came into the event ranked 1,258th in the world. He made only five cuts in 19 starts in 2019, with his best finish a tie for 56th. He said it was his first time playing without a caddie since 2005.

Warren began the day in a share of the lead with Nicolai von Dellingshausen of Germany and held off another German, Marcel Schneider, who closed with a 69 to finish alone in second.

SAN ANTONIO (AP) — David Lipsky took advantage of his status on the Korn Ferry T our by winning the TPC San Antonio Challenge at the Canyons, closed with a 6-under 66 for a four-shot victory over Taylor Pendrith of Canada.

It was the fourth career victory for Lipsky, a 31-year-old Californian who has played primarily in Asia and Europe. He last won at the Dunhill Championship in South Africa at the end of 2018. That got him into the World Golf Championship in Mexico City in 2019, where he tied for 10th. Lipsky earned enough points in his PGA Tour starts to earn conditional status on the Korn Ferry Tour. And with the European Tour shutdown for four months, he played the Korn Ferry Tour.

It paid off in a big way, as Lipsky shot 62-66 on the weekend at the TPC San Antonio. He had a one-shot lead going into the final round and made seven birdies to pull away. He now is 11th on the Korn Ferry Tour points list.

The Korn Ferry Tour remains at the TPC San Antonio for next week, moving to the AT&T Oaks course.

The celebrity tournament was played without fans at Edgewood Tahoe Golf Course because of the coronavirus pandemic. The $600,000 purse and additional money will be donated to organizations supporting COVID-19 relief efforts, the Equal Justice Initiative and Lake Tahoe regional non-profits.

Fish birdied the par-5 16th and 18th holes for a 21-point day and 76-point total — nine better than Williams — under the modified Stableford scoring system. On Saturday, Fish birdied the final five holes for a course-record 9-under 63 and event-record 37-point round.

The nearly 300-pound Williams was trying to become the first lineman to win the event. He had 15 points in the final round.

Hall of Fame pitcher John Smoltz was third with 58 points after a 21-point round. Golden State star Stephen Curry was fourth. He closed with a 26-point day to finish with 56 points.

Former Dallas quarterback Tony Romo, the winner the last two years, withdrew after injuring a wrist late in the second round Saturday. He was tied for fourth after two rounds. 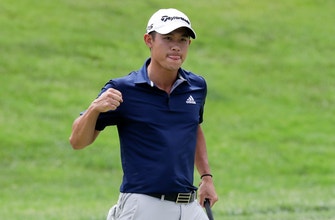