Linsley was activated Saturday. He was added to the Packers’ injury report with no game status designation for the Packers’ Sunday night game with the Tennessee Titans (10-4).

Before getting placed on injured reserve Dec. 5, Linsley had started in 68 consecutive regular-season games. Linsley suffered a knee injury Nov. 29 as the Packers (11-3) beat the Chicago Bears 41-25.

Although Linsley wasn’t one of the seven Packers selected to the Pro Bowl this week, Pro Football Focus has him with the highest rating of any center in the NFL. 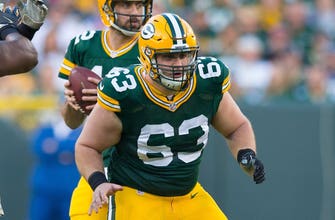