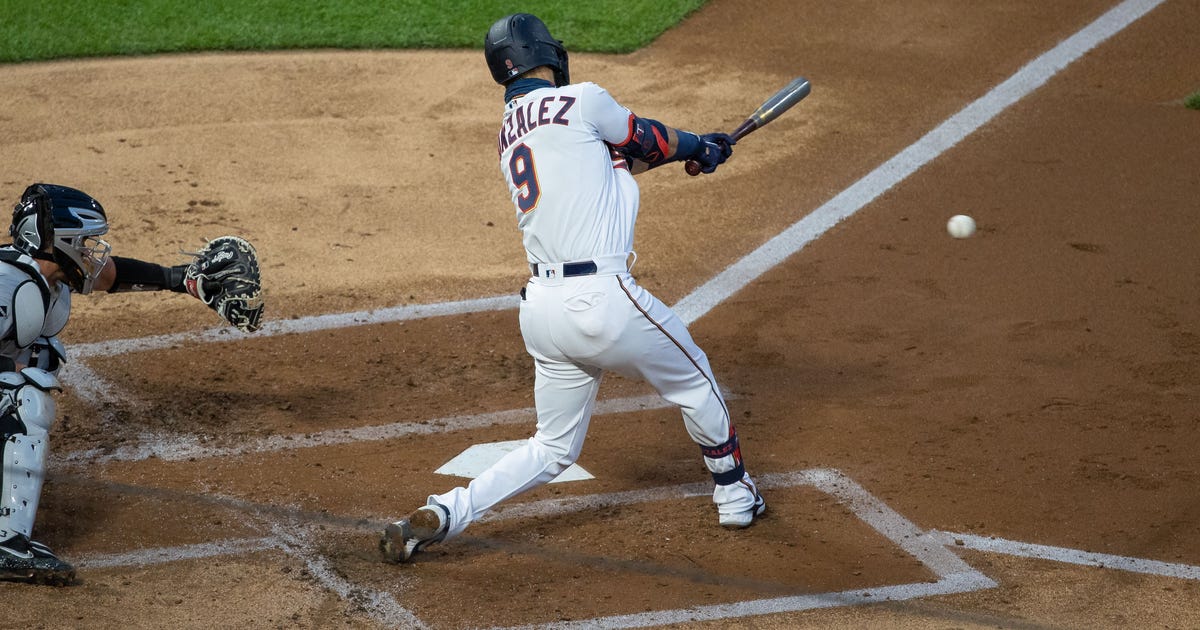 MINNEAPOLIS— Luis Robert hit a tying homer in the seventh inning and the go-ahead double in the ninth, and the Chicago White Sox took the AL Central lead into September by rallying past the skidding Minnesota Twins 8-5 on Monday night.

The afterglow from Lucas Giolito’s no-hitter faded fast, as the right-hander fell behind 4-0 in his follow-up start, but the White Sox (22-13) surged back to win for the 12th time in 14 games. They’re in sole possession of first place for the first time this season, ahead of Cleveland (21-14) and Minnesota (20-16).

Miguel Sanó homered and scored three runs for the Twins, who have lost six straight games.

José Abreu tied it with a two-run double off Tyler Clippard in the sixth before Jake Cave’s RBI single in the bottom of the inning pushed the Twins back in front.

But the dynamic rookie Robert responded with his 10th homer, a soaring drive that cleared the juniper wall beyond center field off Trevor May. With Twins closer Taylor Rogers (1-3) in for the ninth, right fielder Max Kepler dropped a lazy fly ball for a devastating one-out error. Robert put the White Sox ahead two batters later. Nomar Mazara tacked on a two-run single.

Matt Foster (4-0) pitched a perfect eighth for the win. Alex Colomé picked up his seventh save.

Giolito, who no-hit Pittsburgh last week with his second straight 13-strikeout performance, gave up his first hit five batters in. He struck out eight in five innings, with two of four runs unearned.

Sanó singled and advanced after the first of three White Sox errors in a three-run second inning for Minnesota. After Luis Arraez’s RBI single, Nick Madrigal’s wide throw past second base not only ruined the double play attempt but allowed Arraez to race home for a 3-0 lead.

Sanó homered in the third, giving him eight home runs and 19 RBIs in 20 games against the White Sox since the start of last season. In the burly first baseman’s last 12 games overall, he’s batting .366 (15 for 41) with 11 runs, six doubles, three homers and seven RBIs.

The White Sox improved to 11-0 against left-handed starters, even though Rich Hill left with the lead. He walked three straight batters to start a fourth inning he didn’t finish.

He almost did, when a bases-loaded line drive died in front of Arraez and fell out of the second baseman’s glove. He flipped the ball to shortstop Jorge Polanco on the bag for one out, but Polanco threw to first instead of home, where another out could have been recorded. Adam Engel then ripped a two-run single to cut Minnesota’s lead in half.

The Twins reached a third straight day in third place, their longest consecutive stay there since July 2-4, 2018. The defending division champions dropped there on Saturday, the lowest they’d fallen since April 10, 2019.

Neither team struck any deals on trade deadline day, with only a minor acquisition made by the White Sox last week in Jarrod Dyson for outfield depth, and each side expressed plenty of confidence its roster as currently constructed can be a postseason force.

White Sox general manager Rick Hahn met with several veteran players and club leadership to assess the chemistry and trajectory. There’s collective excitement about the exposure of the young core to a pennant race.

“We can’t predict any of the future perfectly, but I’m excited about looking at the group that we have right now,” president of baseball operations Derek Falvey said.

White Sox: 3B Yoán Moncada missed a second straight game with discomfort in the back of his left leg, from running the bases on Saturday. 2B/3B Yolmer Sánchez was added to the roster, returning to his original club. The 2019 Gold Glove winner was recently released by San Francisco.

Twins: Buxton (left shoulder inflammation) and Donaldson (strained right calf) played in an intrasquad game at the team’s alternate training site, and Falvey said he expects both to return this week.

White Sox: LHP Dallas Keuchel (5-2, 2.70 ERA) takes the mound for the middle game of the series. He has allowed two runs or fewer in six of his seven turns and just three in the other one.

Twins: Pineda will come off the restricted list to pitch Tuesday for the first time in 361 days, his 60-game suspension for testing positive for a banned diuretic finally finished. The right-hander went 11-5 with a 4.01 ERA in 26 starts last season. 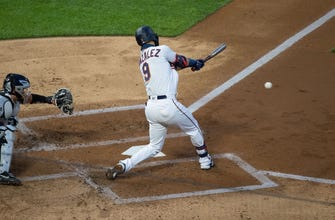