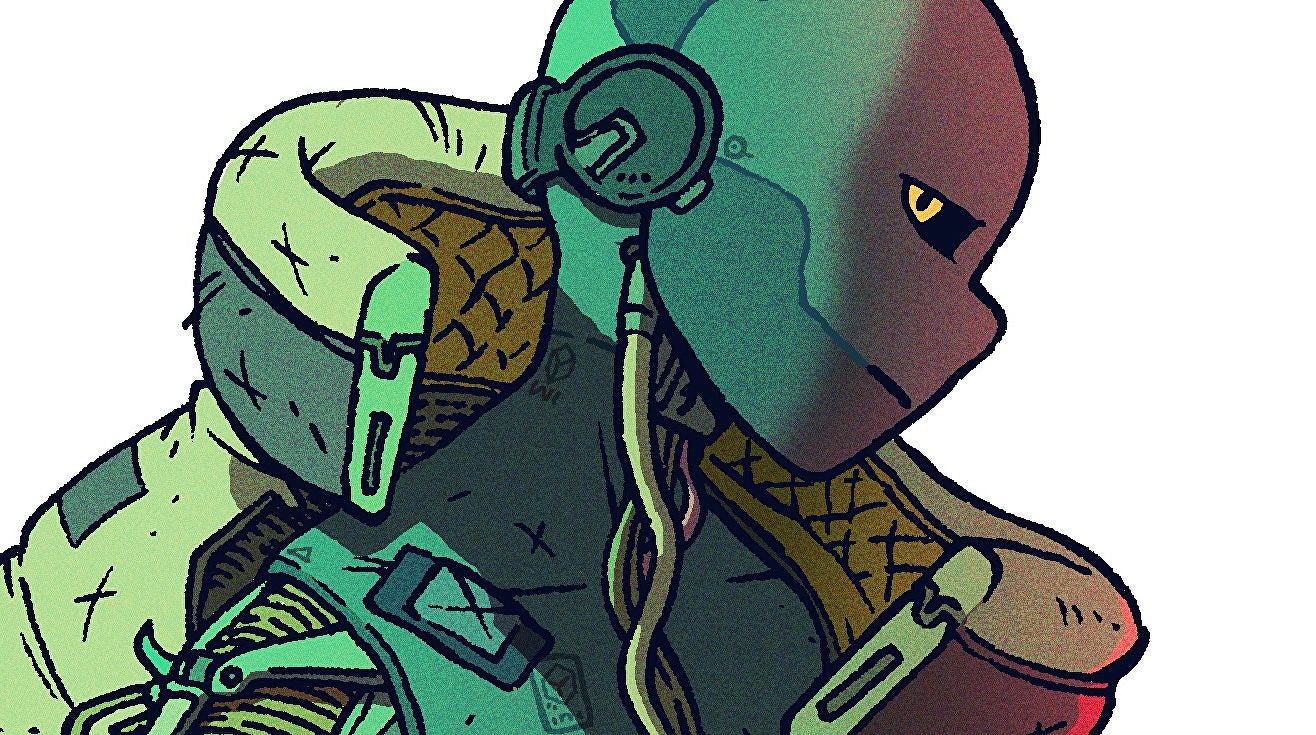 Citizen Sleeper, the really promising new game by In Other Waters developer Jump Over the Age, will be released 5th May.

Excitingly, it’ll be available day-one on Xbox Game Pass, on Xbox Series X/S and Xbox One. It’ll also be available on PC from a number of stores (Steam, GOG, Epic, Humble), and – this just in – Nintendo Switch. There’s no PlayStation version, sadly.

I played a demo of Citizen Sleeper recently and was impressed. It’s a mash-up of a board game and an RPG. There’s a lot of descriptive text and dialogue choices, as you’d get in an RPG, and there’s levelling up and skills and that kind of thing. But it all plays out in a turn-based, board game kind of way, and quite a lot of what you can do depends on dice you roll at the beginning of each turn. It takes a bit of getting used to.

But when you do (and it doesn’t take long), Citizen Sleeper starts to stretch out and occupy the deeper parts of your mind. It tells the story of a kind of slave cyborg waking up from the control of its corporate master, which then tries to reclaim it. Freed, you – the cyborg – begin to question all that’s around you and your place in it. There’s a very definite theme of capitalism here and parallels with the real world.

Helping you uncover the secrets of the world are your innate hacking abilities, which allow you to liberate sensitive information for your – and other people’s – benefit. But using your mind powers like this isn’t always a safe thing to do, and you will soon discover there are things that will hunt you in your mind as well as out of it.

It’s a fascinating premise, and it was put together with poise and class, which should come as no surprise if you’ve played Jump Over the Age’s previous game, In Other Waters. Citizen Sleeper: keep an eye out for it!