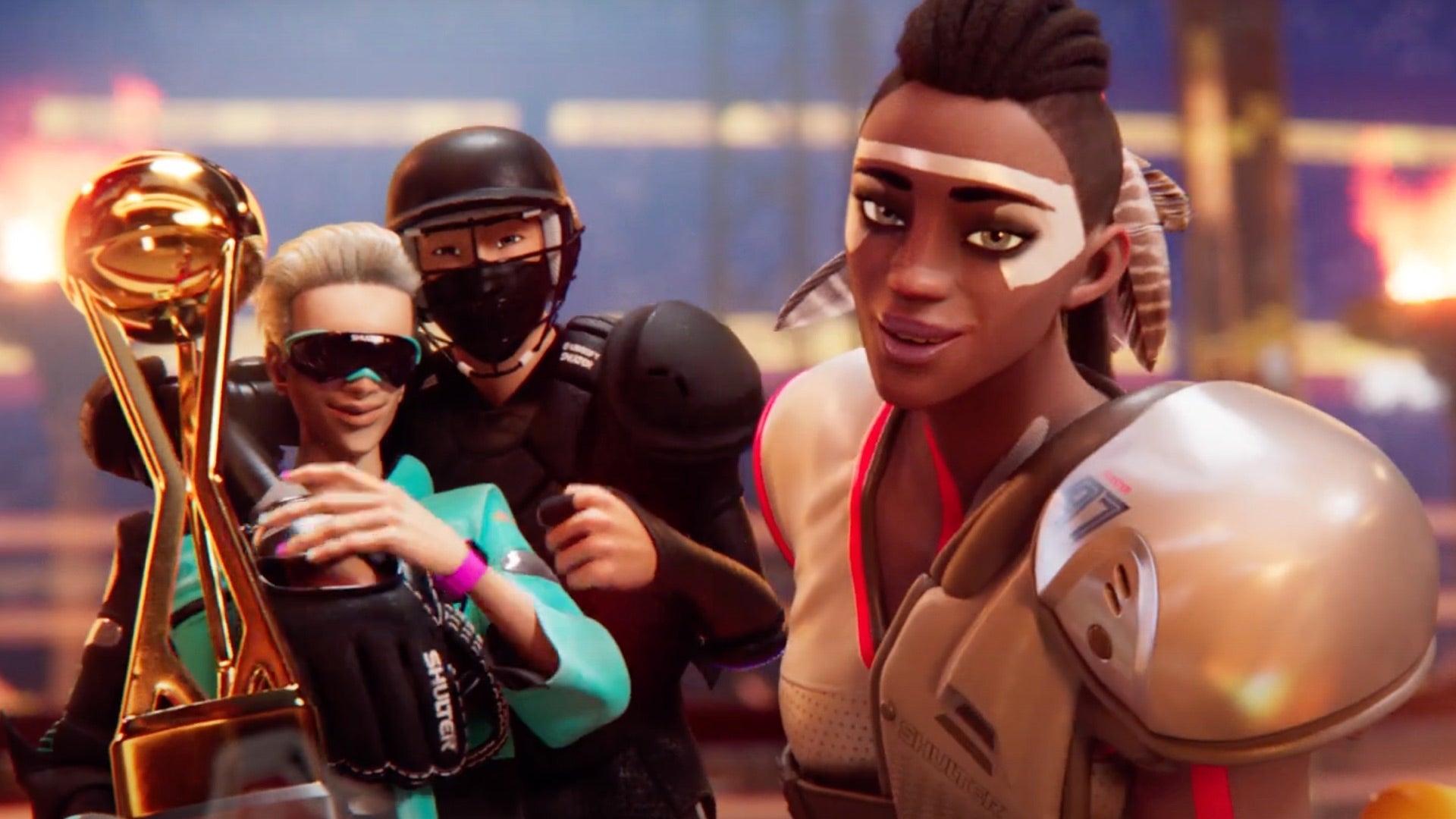 Following its Xbox, PlayStation, and PC debut last month, Ubisoft’s free-to-play 3v3 skater Roller Champions has been given a Switch release date, and will, according to a new UK eShop listing, arrive on Nintendo’s platform tomorrow, 21st June.

Roller Champions is Ubisoft’s stab at creating its own chaotic sports mash-up in the vein of Rocket League, albeit one that switches out the latter’s cars-meet-football concept for a fast-paced hybrid of competitive roller-skating, hockey, and football.

The gist is that two teams of three players hurtle around a track in an attempt to wrestle the ball from one another. When one team finally has the ball, they need to complete at least one lap before pelting it into the goal, with additional points accrued the more laps they can keep hold of it before taking a successful shot.

The internet doesn’t exactly seem to have exploded in a clamour of excitement following Roller Champions’ Xbox, PlayStation, and PC release last month, but Eurogamer’s Chris Tapsell quite liked its pacy action when he tried it shortly after its E3 2019 unveiling, calling it “honestly one of the demos I found hardest to tear myself away from.”

Assuming feature parity with other versions of the game, expect Roller Champions on Switch to support cross-play and cross-progression when it makes its eShop debut. A mobile version has also been announced but is still awaiting a release date.

2021 in review: Getting lost in Death’s Door’s final secrets

Destiny 2 – Atlas Skew locations: Where to find Atlas Skews to complete Tracing the Stars I explained